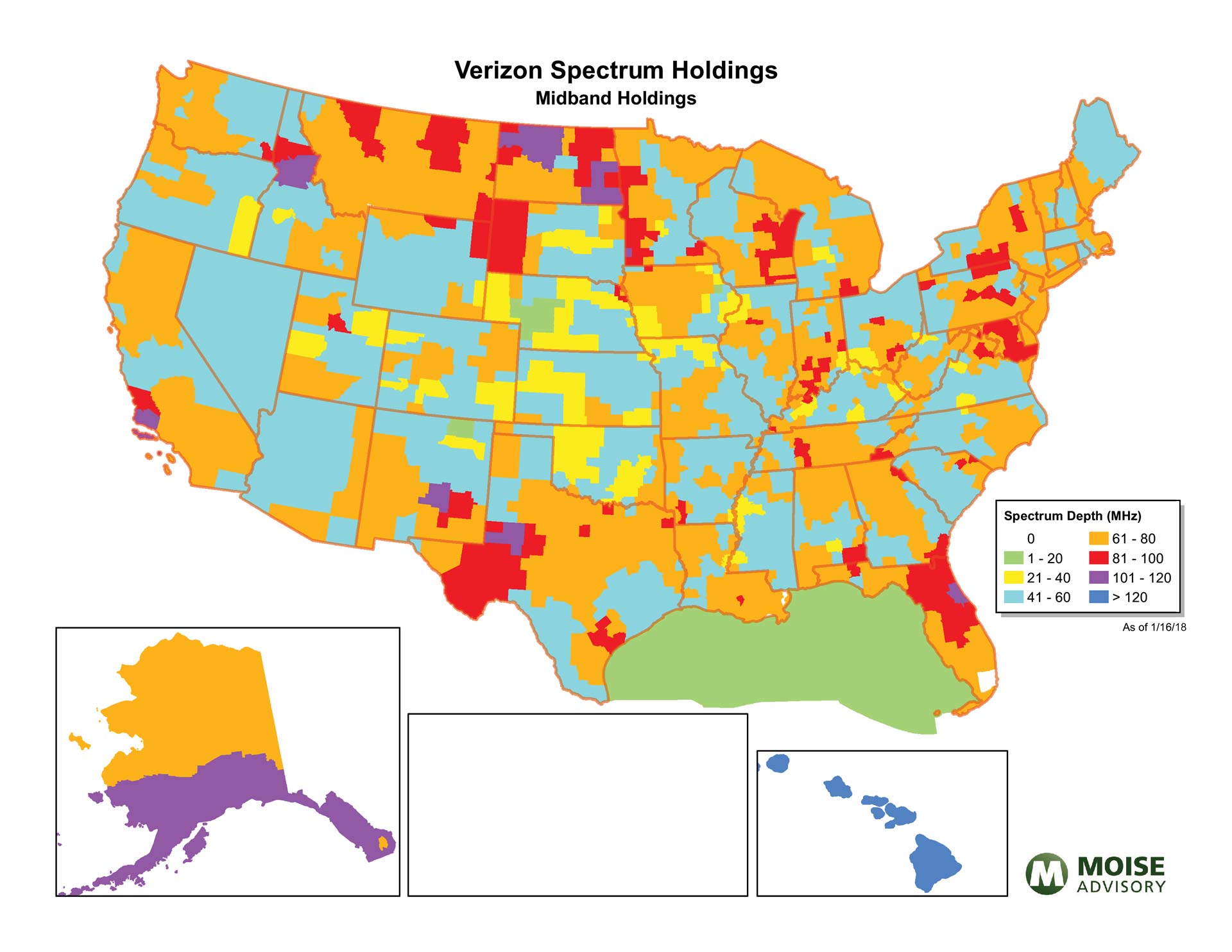 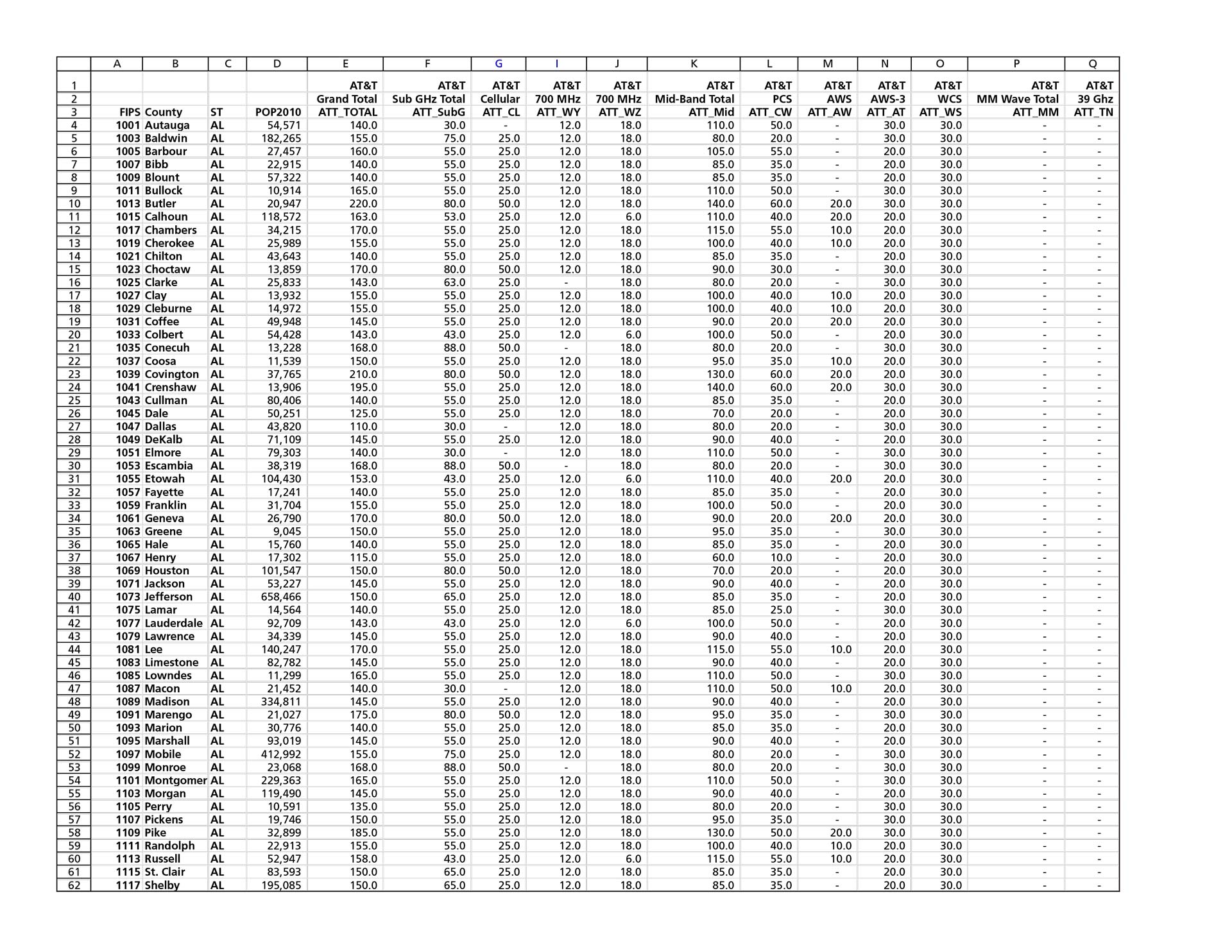 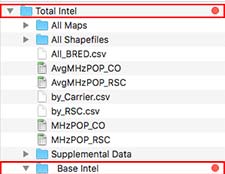 Spectrum Intel captures the essence of the wireless landscape by providing clear and concise spectrum ownership data for each wireless license holder in the United States. Our maps and intuitive spreadsheets enable users to quickly and easily identify what spectrum holders own both visually and numerically. Ownership information is also captured in GIS shapefiles, allowing advanced users to directly connect the spectrum competitive landscape into their RF planning systems. We update more than 14 classes of spectrum ownership at the county level for more than 2000 spectrum owners each week. We transform that data into the following ready-to-use information:

We offer more than 1800 maps. See each spectrum holder’s depth by spectrum type mapped on a county level for all 50 states and Puerto Rico. In addition, each spectrum type is grouped into a category (Sub-GHz, Mid-Band and MM Wave, Grand Total) which is then charted by carrier. Each map comes in two formats: an 8.5 x 11 inch high-resolution PNG file that is presentation ready and larger-scale vector version in EPS format so you can customize, crop or print to any size without losing resolution.

Since the spreadsheets contain so much information, each row and column is tagged with plain-English monikers for easy search so you can get to the right information quickly. In addition, each spreadsheet is presented in pairs—one grouped by spectrum type then company and a second grouped by company then spectrum type so you can make the right comparisons quickly and easily.

Those using GIS programs for RF design and marketing analysis will have access to all county-based information as shapefiles. For ease of use, the spectrum depth ownership data has been organized into six sets of shapefiles—EBS/BRS, Cellular/SMR, Sub-GHz, Mid-Band, Millimeter Wave, and Other.

Spectrum Intel has three levels of information access to match your required level of detail: